A charitable organization expanded its footprint in New York City’s Flatiron District by moving into an 11-story, 125,000-square-foot, historic building erected in 1930. The entire space was renovated and because of the landmark nature of the building, all publicly visible equipment had to be as inconspicuous as possible – including the rooftop Mesan cooling tower that was integrated seamlessly into the existing HVAC infrastructure.

To enable the cooling tower to blend in with its surroundings, two key steps were taken: 1) Plume abatement and 2) Exterior dulling. Water-vapor plume occurs normally during cooling tower operation, and HIGHMARK was able to accomplish cooling tower plume abatement. In addition, HIGHMARK oversaw the dulling of the stainless-steel exterior finish to minimize light reflection and visibility. 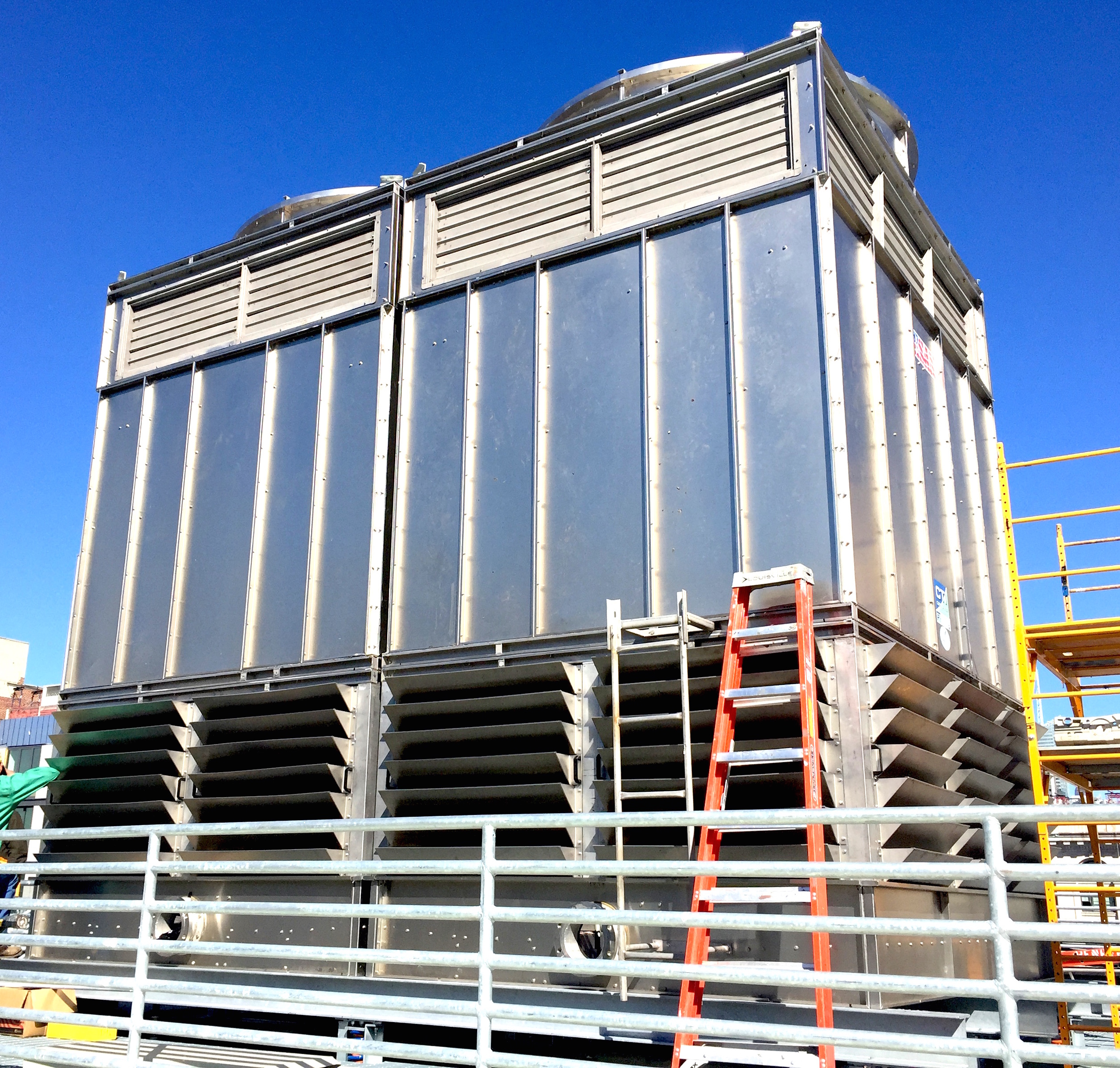 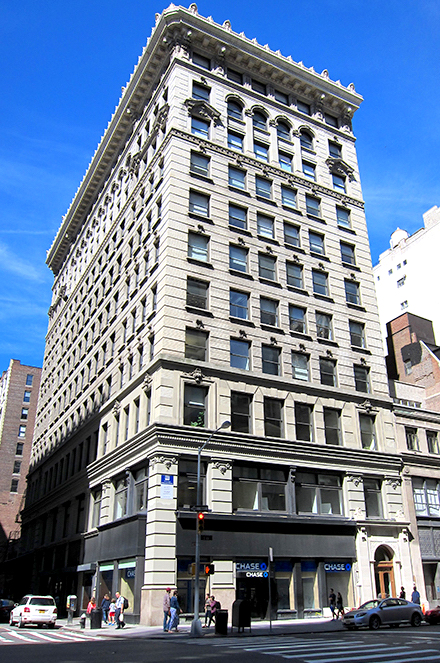 Mesan cooling tower systems are some of the most innovative on the marketplace and incorporate state-of-the-art technologies and designs, including: 1) A cooling tower controller, 2) Bolted construction (no self-tapping screws) to ensure panels don’t fail or rust prematurely and 3) A fan shaft supported by an enclosed/permanently lubricated system that includes both radial and thrust bearings. Mesan cooling towers also maximize efficiency and are up to 40% more efficient than the competition.

The project consisted of several steps:

1) The first step was to transport the compact and flexible Mesan cooling tower to the building for installation: 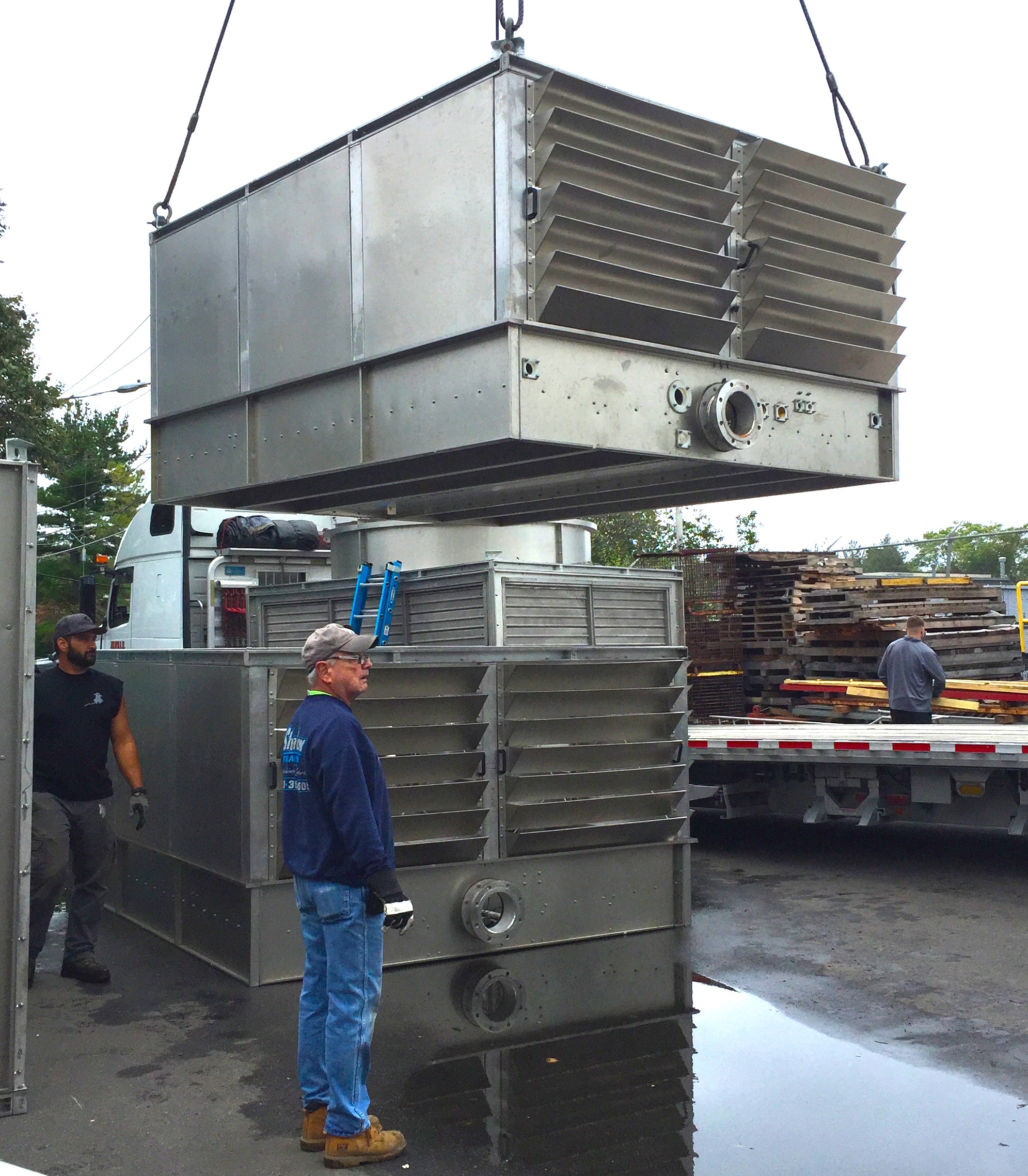 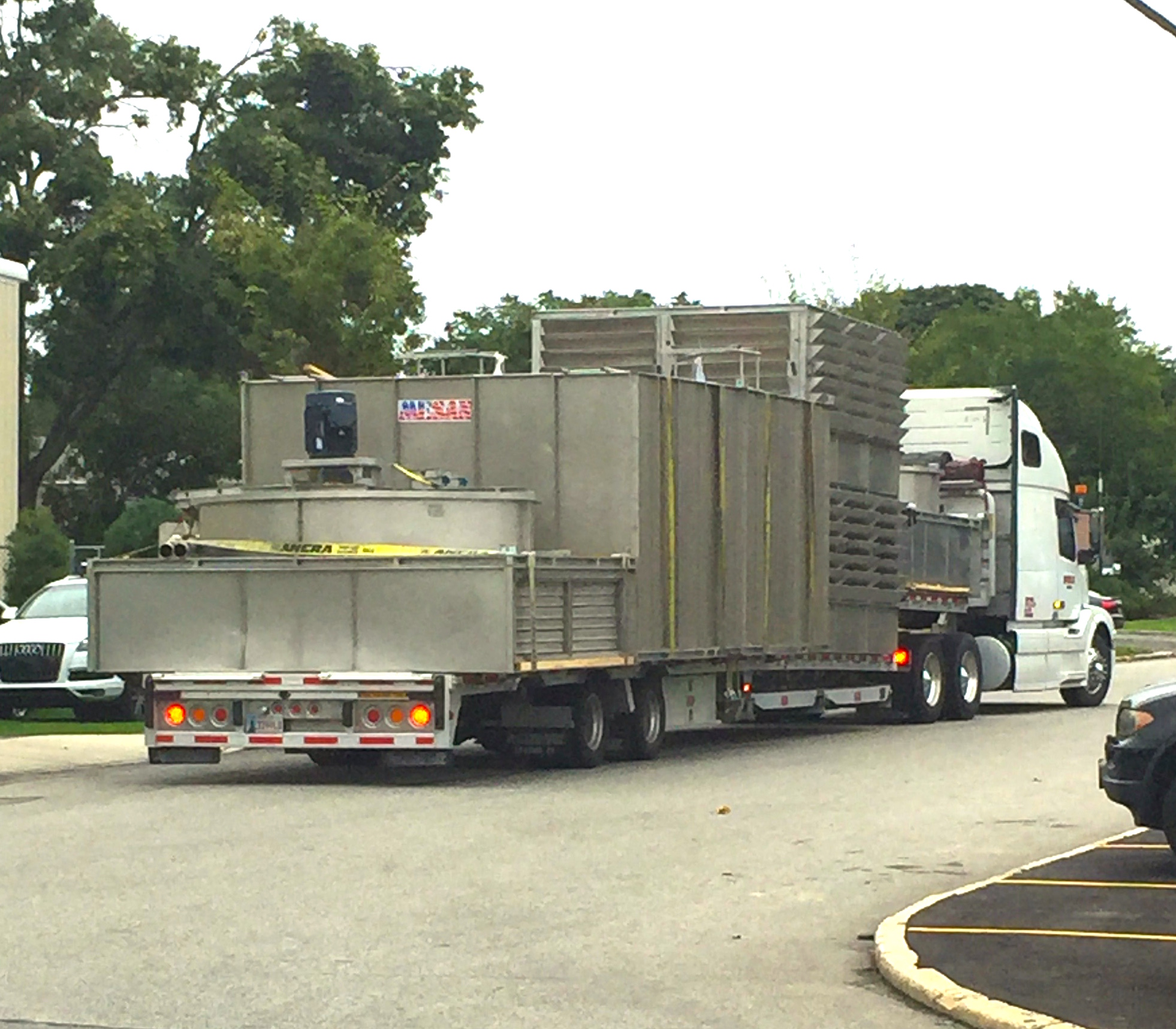 2) After careful inspection, the HIGHMARK team oversaw the lifting of the cooling tower onto the roof to achieve a successful installation: 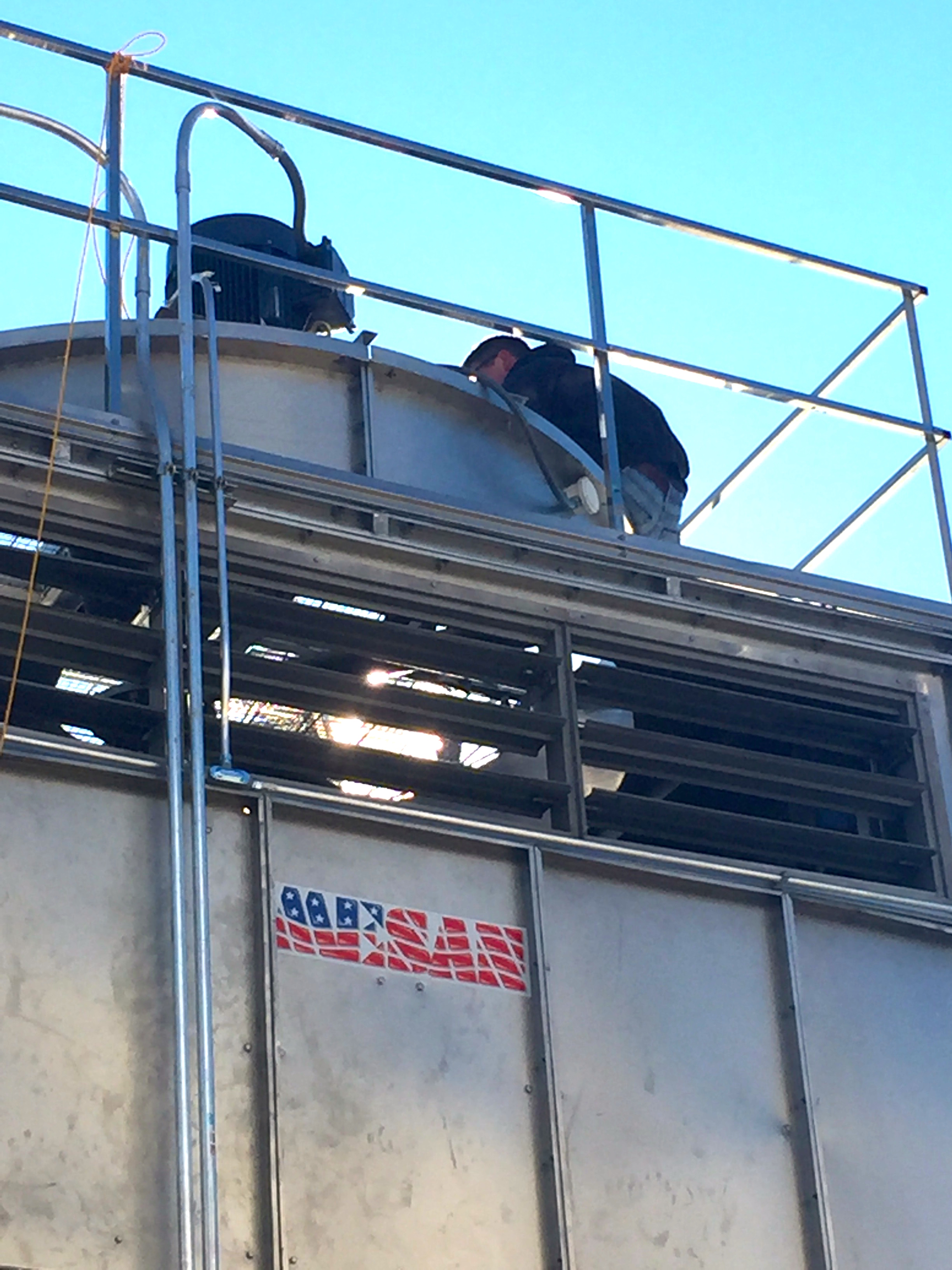 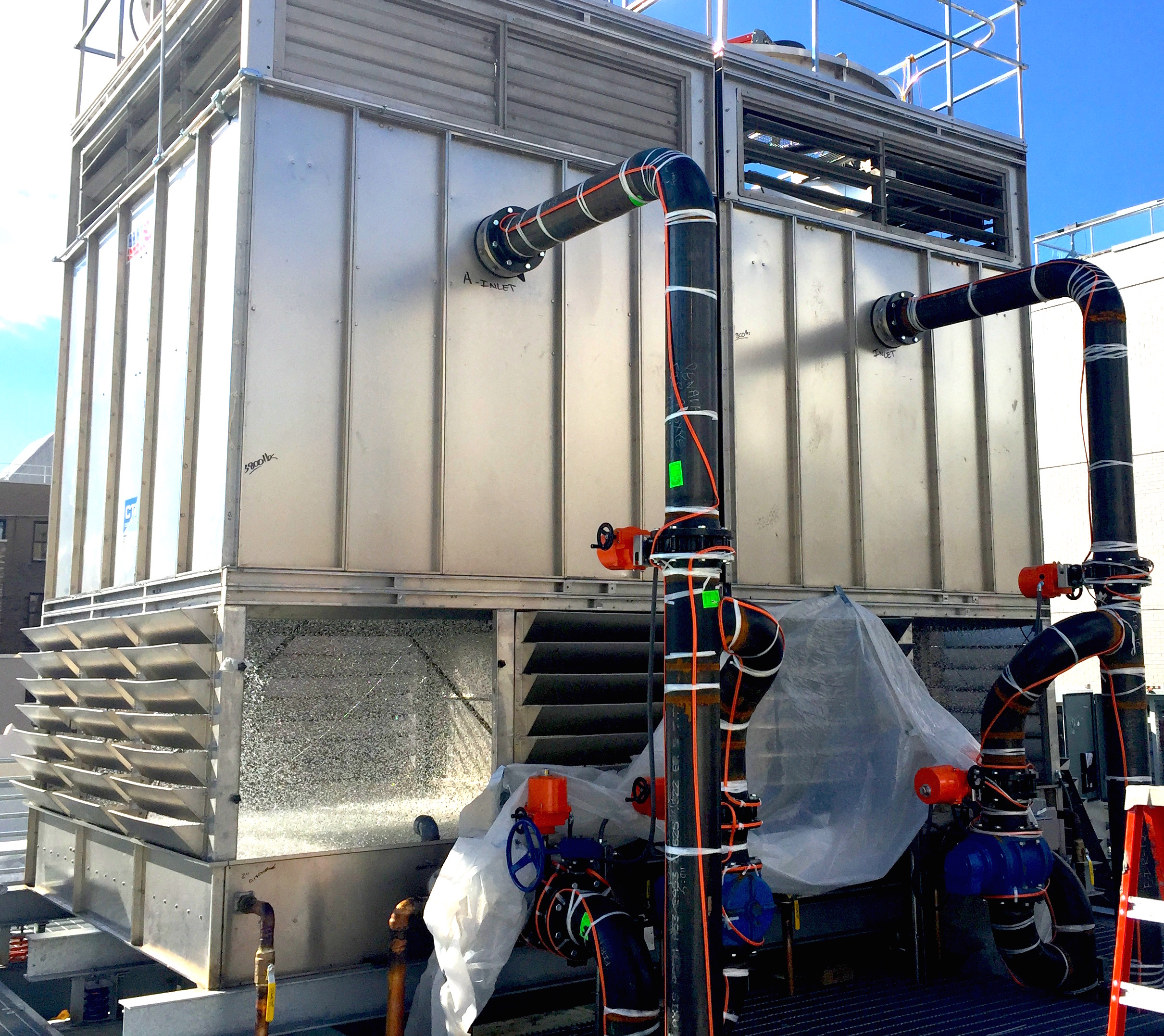 3) To keep the water inside the cooling tower as clean as possible, a VAF water filtration system with cooling tower basin sweepers was installed to remove debris and prevent bacterial growth: 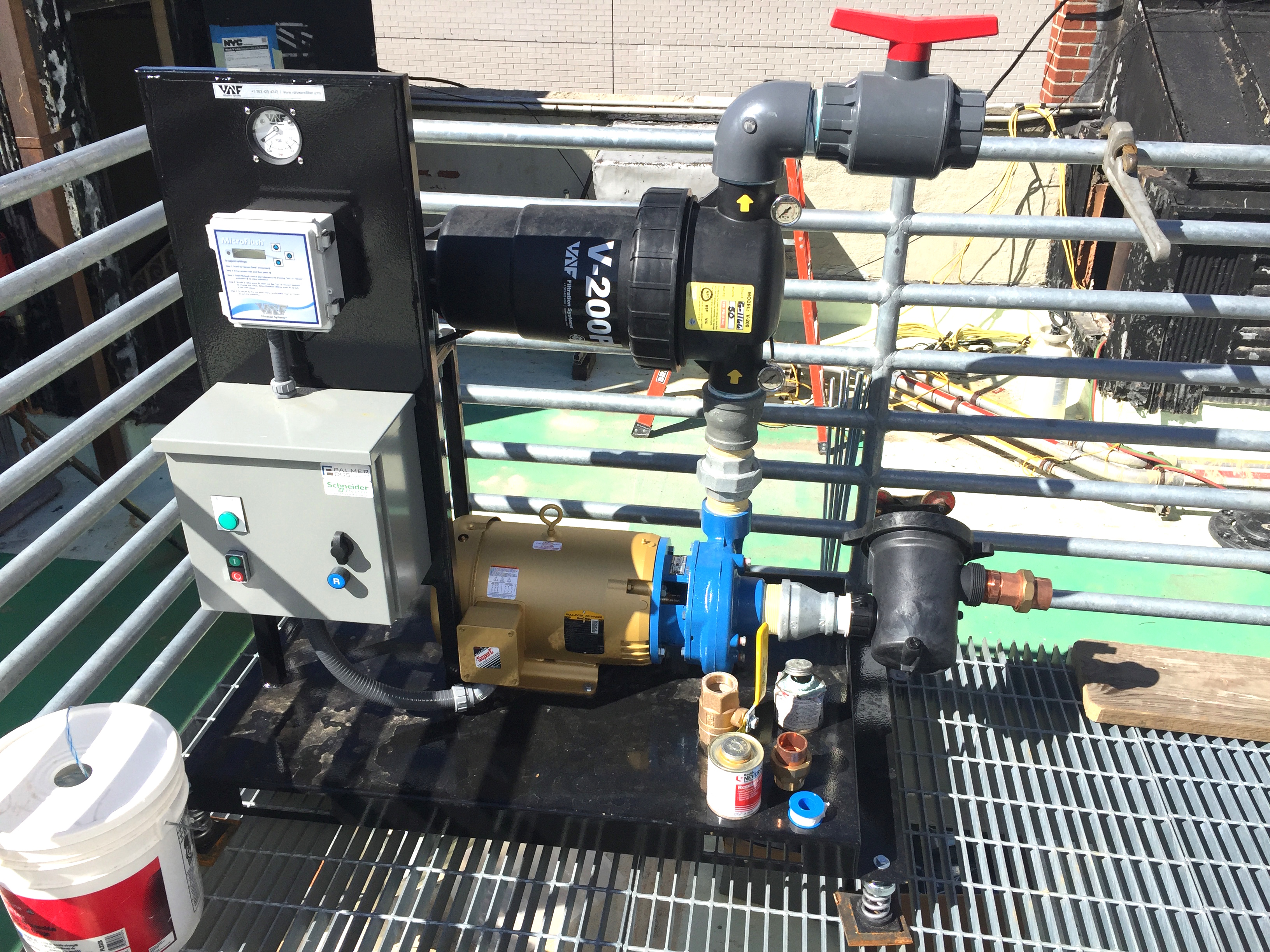 4) The cooling tower water is kept in constant motion to maintain optimal cleanliness: 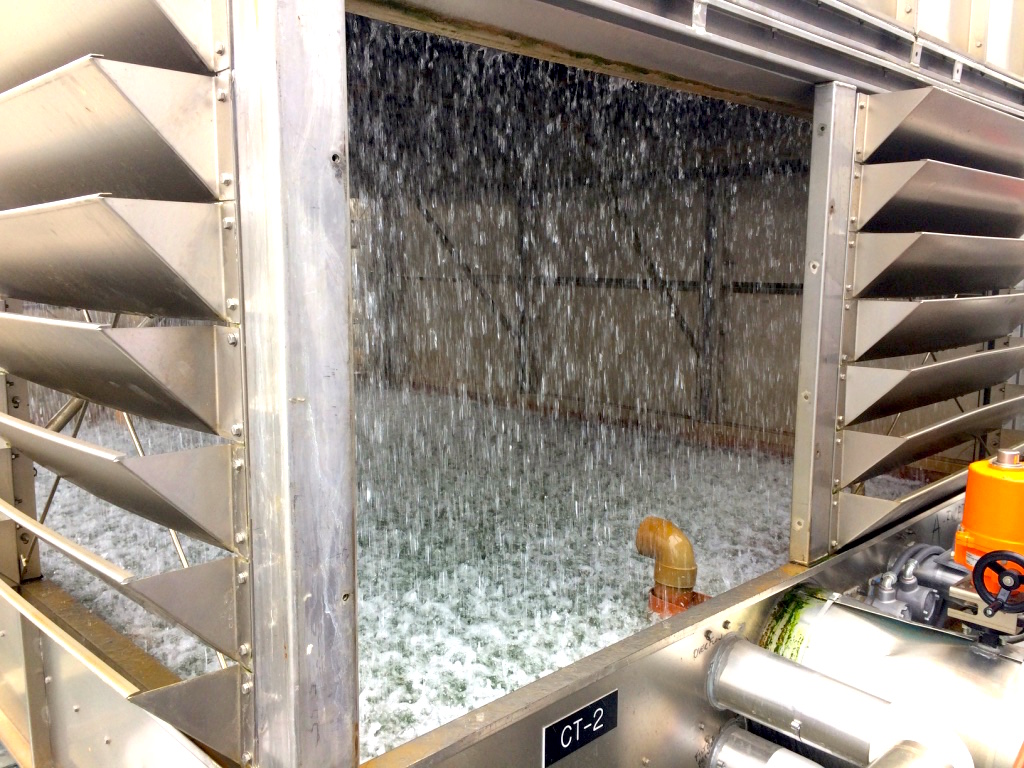 5) After installation, HIGHMARK co-founder Richard Gerbe reviewed the work to ensure that the highest levels of quality and safety were realized, the plume abatement functioned properly, the exterior was sufficiently dulled and the cooling tower water was exceptionally clean. 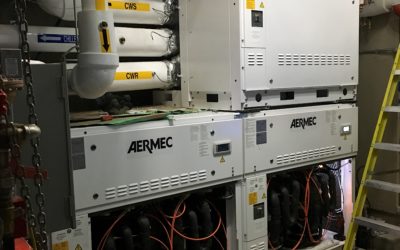 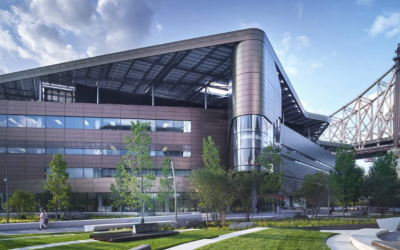 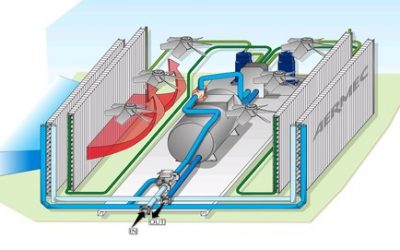 A global financial firm consolidated its practices into one location in Manahattan, which was considered to be critical infrastructure for trading operations.
To enhance building energy management and building efficiency, the space required complex and redundant equipment and HVAC controls for the chiller plant, which HIGHMARK helped develop and deploy.