Here’s what you need to know about Local Law 97’s proposed rules (thanks to Urban Green Council), and the building-efficiency technologies to make them a reality. 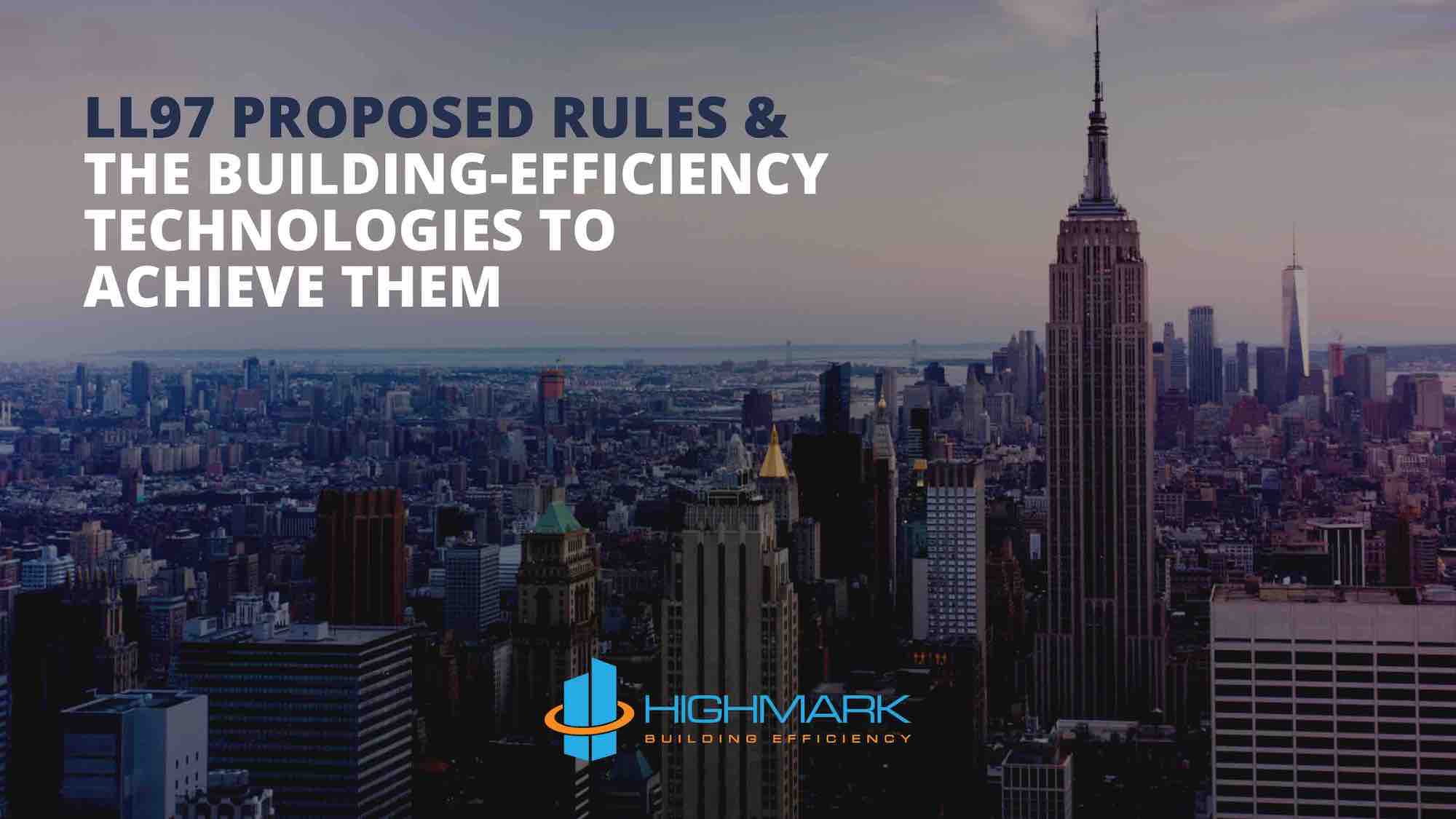 Learn How HIGHMARK Can Help Your Business

NYC Local Law 97 (LL97) is one of the most ambitious emissions-reducing plans for buildings in the U.S. As such, most buildings over 25,000 square feet will be required to meet new energy-efficiency and greenhouse-gas emissions limits by 2024, with stricter limits starting in 2030. The goal is to reduce emissions produced by the city’s largest buildings 40% by 2030 and 80% by 2050.

Even after the law came into effect, there were many remaining questions about the its requirements through 2050. Thus, on October 6, 2022, the NYC Department of Buildings (DOB) released Proposed Rules for Local Law 97 to further incentivize building electrification and to align it with New York State climate mandates.

After the proposed rules were released, Urban Green Counil compiled “Five Things To Know About the LL97 Proposed Rules.” It’s quite a useful recap, which we also listed below. Additionally, we’ve outlined what building-efficiency technologies are on the market today to make LL97’s rigorous requirements a reality.

EPA’s Portfolio Manager is the well-established tool for tracking building energy use. LL97 originally set 10 emissions limits based on Building Code occupancy group classifications. The proposed rules expand those categories based on Portfolio Manager, which includes dozens of different property types that more accurately reflect the variation in energy use among buildings. This shift will help tailor emissions limits to that variety, including for property types that use more energy like supermarkets and data centers.

The electricity carbon coefficient is used to calculate the carbon content of the electricity that a building consumes each year. The proposed rules specify an electricity coefficient for 2030 to 2034 that is about 50% lower than the one that applies for 2024 to 2029. This change reflects major new clean energy coming to NYC in the next few years, bringing rapid decarbonization to reach New York State CLCPA targets. This change also makes electrification an increasingly crucial strategy for buildings to meet the law’s carbon caps.

4) RECs Can Only Offset Emissions From Electricity Use

LL97 allows building owners to deduct or offset annual building emissions through the purchase of renewable energy credits (RECs) for local green power. The proposed rules clarify that these deductions are limited to emissions from building electricity use, which would ensure that credits for the purchase of green electricity aren’t used to offset fossil fuels burned onsite for heat and hot water.

5) Answers To Many Remaining Questions on Technical Details and Compliance

The proposed rules provide much-awaited guidance on many aspects of compliance, including details on deductions for solar power and energy storage, and methodologies for calculating emissions from cogeneration systems, campus properties and electricity according to time of use.

The key to achieving Local Law 97’s rigorous requirements is by utilizing innovative building-efficiency products that are already on the market today in the New York City metro area. Examples of these are below, which HIGHMARK offers to support building electrification, decarbonization and cost savings.

These innovative building-efficiency technologies include a wide array of heat pumps for space heating and cooling, as well as domestic hot water; heat-pump water heaters; geothermal heat pumps; and wastewater heat recovery systems — to name just a few. For more information on each of these technologies, click below: 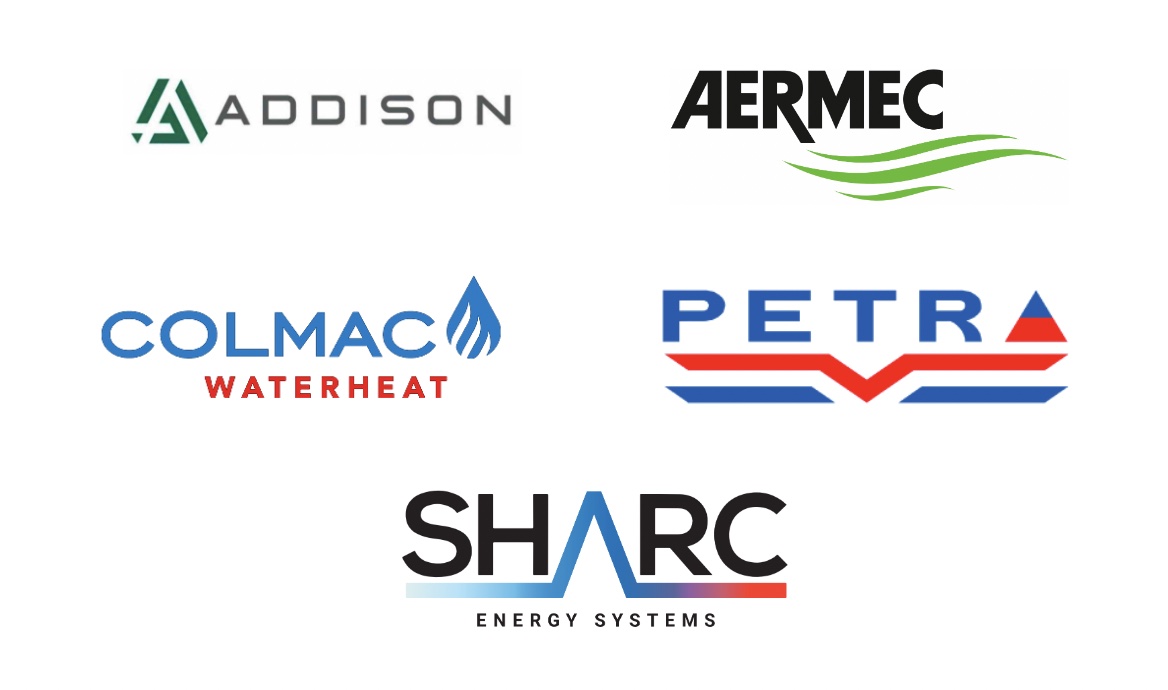 Utilizing heat pumps for space heating and cooling, as well as for domestic hot water, is the best way to achieve ambitious electrification, decarbonization, sustainability and cost-savings goals. 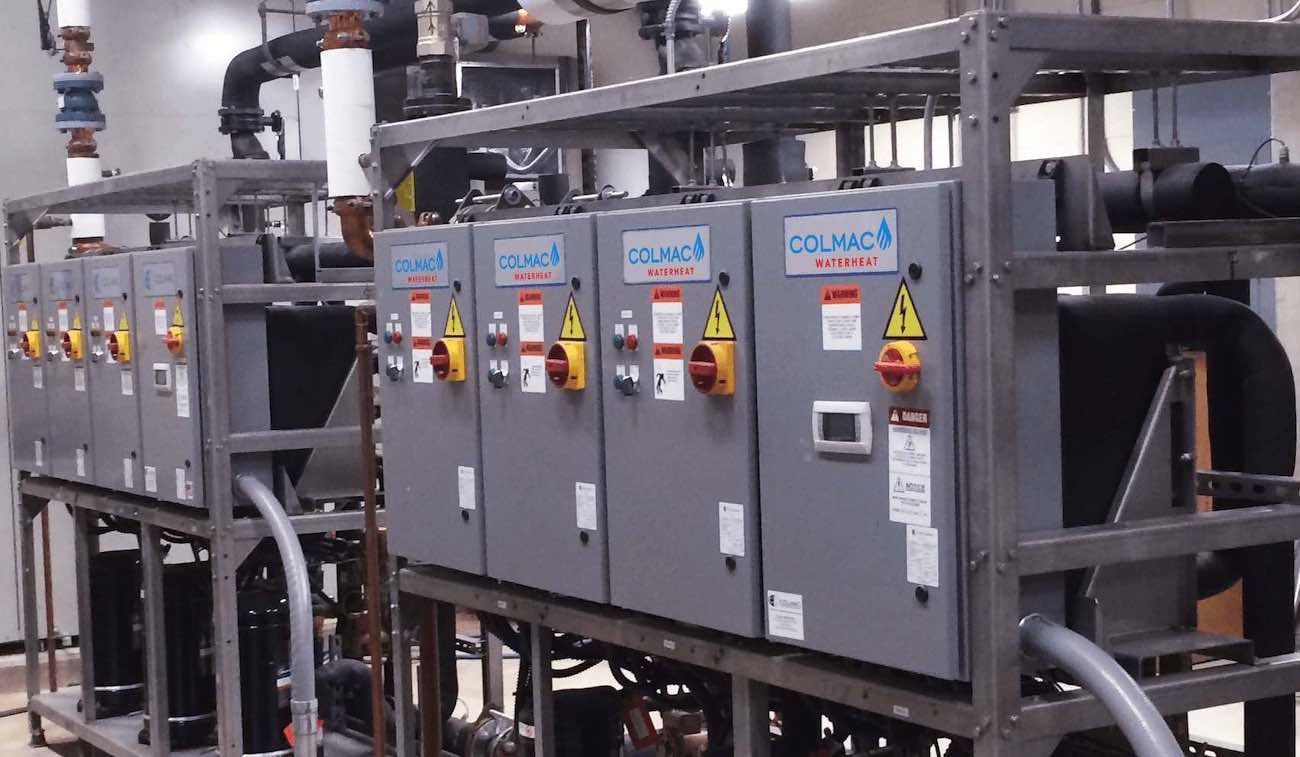 Air-water-or-geothermal-to-domestic-water heat pumps are also referred to as heat-pump water heaters (HPWHs). They gather heat from the surrounding air or from water and deposit the heat into water at a usable temperature for water heating. 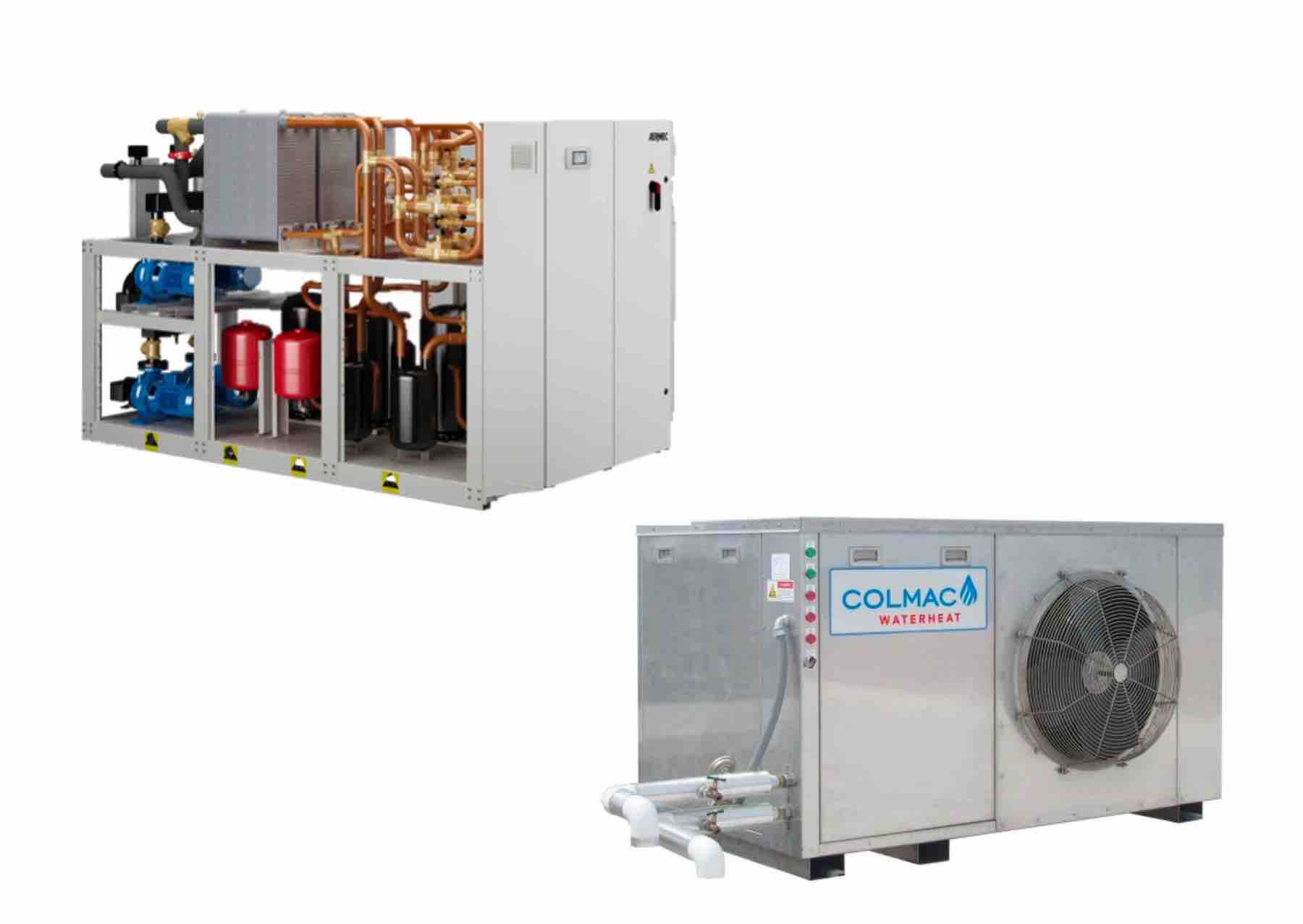 Geothermal heat pumps (GHPs) use the relatively constant temperature of the earth as the exchange medium instead of the outside air temperature. They function for both space heating and domestic hot water. 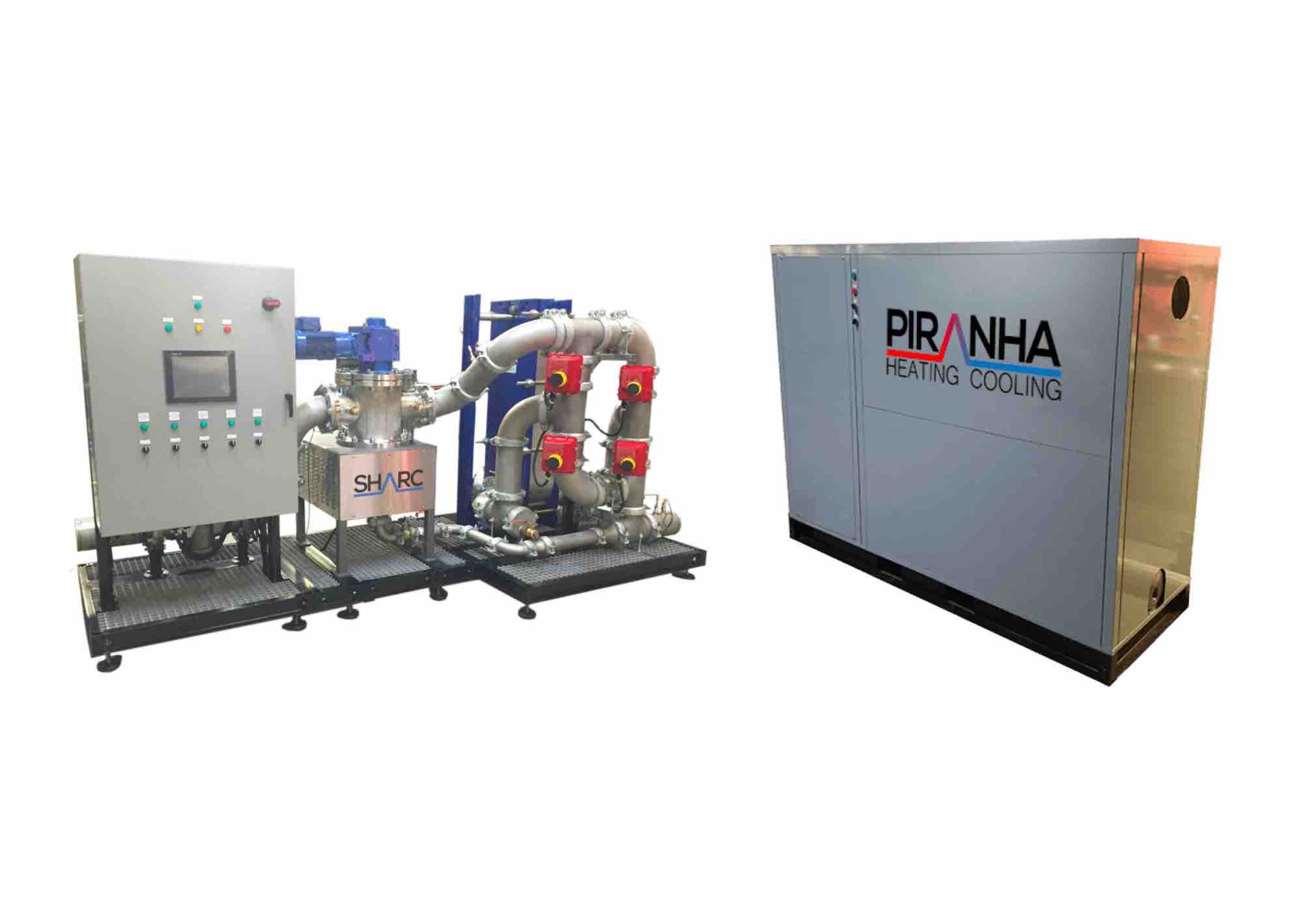 Sewage-to-water-or-domestic-water heat pumps gather heat from wastewater and deposit it into water at a usable temperature for water heating.

For further information on these innovative building-efficiency technologies, please contact us via the form below: 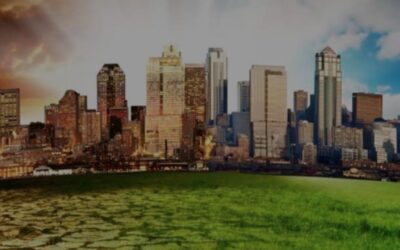 Earth Day 2022: Invest in Our Planet With Building-Efficiency Technologies 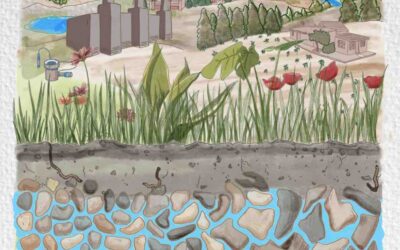 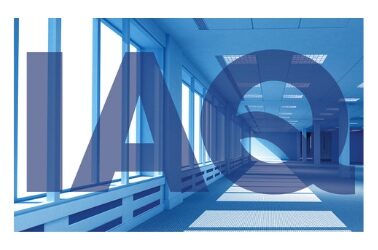 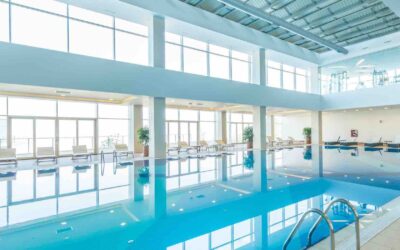